skip to main | skip to sidebar

Networked Printers: An article on Artist-Run Presses in dHub 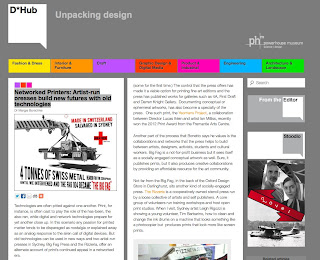 An article I wrote for the Powerhouse Museum's dHub on artist-run presses in Sydney.  Featuring interviews with directors at  Big Fag Press and The Rizzeria.
Posted by MB at 7:53 PM No comments:

Simon Frith: Disco is the sound of consumption

"Disco is the sound of consumption. It exists only in its dancing function: when the music stops all that’s left is a pool of sweat on the floor. And disco’s power is the power of consumption."

"disco is dance music in the abstract, content determined by form."

Bookmark this on Delicious
Posted by MB at 2:23 PM No comments: 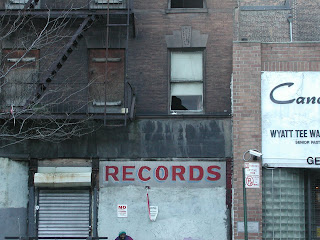 
Abstract: This paper develops a theoretical framework for understanding mp3 blogging as a form of networked expression. Drawing on a qualitative study of mp3 blogs, this paper sets forth an understanding of the practice as a performance of listening and the blog as a registry of understanding. It argues that mp3 blogs deserve special attention because of the particular audio format at its core – the mp3 – a format that shapes the practice and its reception in particular ways. It considers not only how the practice generates perfect copies of such digital artefacts but also how the generation of provenance helps us to understand the propagation and circulation of copies in digital networks.

Errata: There is a typesetting error on page 8. The line: The insistence is palpable...etc Should not be in the block quote.

Note: This is the first publication based on listening to mp3 blogs and interviews I conducted in 2006-2007. It is not an empirical study but a conceptual investigation of form. An earlier version of this paper was presented at the Association of Internet Researchers annual conference in Copenhagen October 16–18, 2008 and an even earlier talk was given at the Australasian Sound Recording Association conference in Melbourne in August 2007. A companion article on the persistence of romantic ideals of creativity in networked discourse is forthcoming and I will post a link here when it is available.

Bookmark this on Delicious
Posted by MB at 8:15 AM No comments:

Rethinking the Rhetoric of remix in Media International Australia 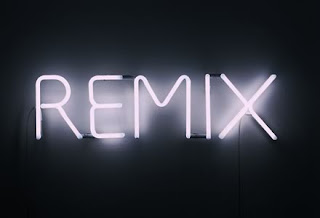 Available now at a research library near you:


Rethinking the Rhetoric of Remix
Media International Australia
No. 141, pp. 17-25

Abstract: How did 'remix', a post-production technique and compositional form in dance music, come to describe digital culture? Is it an apt metaphor? This article considers the rhetorical use of remix in Lawrence Lessig's case for copyright reform in Remix: Making Art and Commerce Thrive in the Hybrid Economy (2008). I argue that Lessig's understanding of remix is problematic, as it seems unable to accommodate its musical namesake and obscures the particular history of media use in recent music culture. Drawing on qualitative analysis of popular music cultures, I argue that the conceptualisation of remix as any media made from pre-existing media is problematic. The origins of remix, I argue, provides a lens for thinking critically about the rhetorical uses of the term in current discourse and forces us to ponder materialities. My aim is not to dispute the word's contemporary meaning or attempt to establish a correct usage of the term - clearly a wide variety of creators call their work remix; instead, this article considers the rhetorical work that remix is asked to perform as a way of probing the assumptions and aspirations that lurk behind Lessig's argument.


Note: I've expanded on this thesis substantially since writing this essay in June/July 2010 and revising in November 2010 (thanks to the wise words of two anonymous peer reviewers!) More recently I've traced changes in the way the word remix functions in popular discourse since the 1970s and also looked at how the metaphors functions in academic discourse. I will post a link here when this work is published.

Bookmark this on Delicious
Posted by MB at 7:49 AM No comments:

Now in Print: Disco Edits and their Discontents in New Media and Society

This article foregrounds the distinction between two compositional forms and creative strategies in dance music — edits and remixes — as a way to gain a better understanding of the relationship between media use and media content, between producers and users, artifacts and events. It considers how the earliest disco edits in the 1970s were shaped by listeners (DJs and dancers) working in tandem with the material qualities and functional properties of vinyl records and other analog technologies and argues that while contemporary edits are made with digital tools, they continue to be in debt to their analog antecedents. In doing so this article critiques the enthusiastic adoption of ‘remix’ as a metaphor to describe digital culture and questions whether this rhetorical usage overshadows the aesthetic priorities and political implications of a variety of creative strategies that involve media use and re-use.

Bookmark this on Delicious
Posted by MB at 11:57 AM No comments:

Is all writing copywriting now?

Nate Silver's piece on the New York Time's website, 'The Economics of Blogging and The Huffington Post' makes the following statement:

"I’ve also done a fair amount of uncompensated or undercompensated writing — there is certainly a time and a place for it, particularly if you’re trying to establish or re-establish your brand."

This conflation of reputation and brand is intriguing. It seems to me that if you follow this line of thinking it suggests that somehow all writing is advertising that exists to reinforce a writer's 'brand'. For me, self promotion has never been the point of writing and I expect many others would bristle at this conceptualization.

Bookmark this on Delicious
Posted by MB at 2:07 PM No comments:

Multimedia
Lens: What Not to Bring to Tahrir Square
By By STEPHEN FARRELL
Published: February 8, 2011
Less is more for journalists in Cairo, Stephen Farrell reports. Less equipment can mean more access. Or, at least, fewer hassles.

“At one checkpoint you will encounter a thug with a nail-studded plank; elsewhere, a member of the professional class twirling a golf club, who smiles and remarks, ‘Interesting times, no?’”

Bookmark this on Delicious
Posted by MB at 9:52 AM No comments: 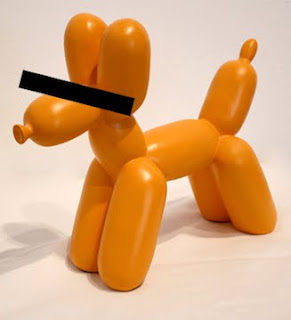 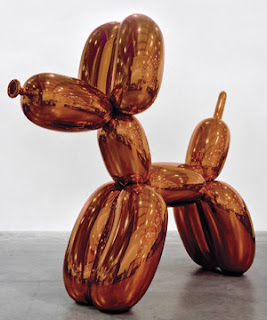 Lawyers for artist Jeff Koons sent a letter asking Park Life to stop selling and advertising the balloon dog bookends, return them to some mutually agreed upon address, tell Koons how many have been sold and disclose the maker of said bookends — a fact, Alexander said, that could easily be found via Google.

Jeff Koons, who is known for appropriating pop-culture imagery, says that bookends sold by a San Francisco gallery violate his intellectual property rights.

Bookmark this on Delicious
Posted by MB at 11:02 AM No comments:

Margie Borschke is a writer and Senior Lecturer in Journalism and Media at Macquarie University in Sydney, Australia. This blog began as part of her research into the cultural poetics and politics of copies in networked culture. Her doctoral dissertation, Rethinking the Rhetoric of Remix: Copies and Material Culture in Digital Networks, was awarded a PhD by the University of New South Wales in 2012.

you're living in the past